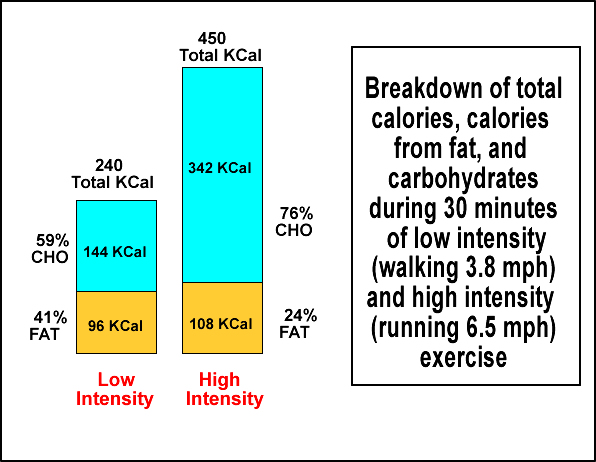 “If you want to lose a few pounds you need to do long, slow, steady-state aerobic exercise in the fat burning zone.”

Heard this advice before? It’s one of the biggest misconceptions in the exercise and weight-loss world. If long, slow, steady-state aerobics was the key to fat loss every person who crosses the finish line of a marathon or Ironman would have very low body fat. This just isn’t the case. Numerous people who train for an endurance event gain weight.

Endurance exercise solely for fat loss does not make sense. Your goal as an endurance athlete is to become efficient and better at running, biking or swimming. A different plan of attack needs to be used to burn fat–a more effective plan.

3) Aerobic training makes your body an efficient fat-burning machine. True, but this isn’t a desirable response. Yes, aerobic training does demand work from the muscles, but not as much as other activities, and it doesn’t require the muscle tissue to last, either. Because the onlytissue that burns fat in the body is muscle, aerobics are ineffective at building and maintaining your body’s fat-burning tools.

4) Aerobic training raises your metabolism. This isn’t true. Metabolism is largely a function of how much muscle you carry. Because aerobics do nothing to even maintain muscle, never mind build it, they do not contribute to raising your metabolism while at rest.